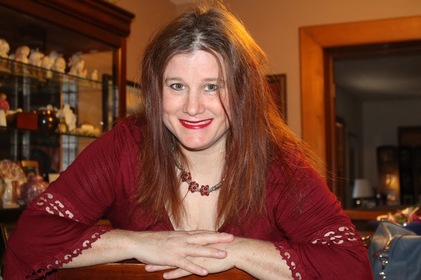 “ I was born to create. The artist had found her medium with this book. And the love story of my art continues…” 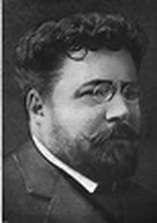 Gaston Leroux - Author of Phantom of the Opera circa 1911
​
​Kristine Goodfellow has two philosophies in life: always evolve as a writer, and always be a creative reader, which requires to think of the possibilities, read in between the lines, wonder what happens next after the book’s end,​ and to question.

​After reading Gaston Leroux’s Phantom of the Opera
Goodfellow did all of those things, especially the questioning:
​
Did Erik love Christine for her person or for her voice?
​
Was Christine under the influence of Eric’s hypnoses​ or
did she act as an independent person? ​ 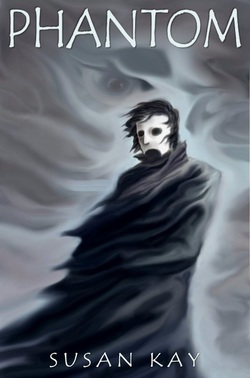 “I couldn’t stop wondering why Eric became obsessed with Christine Daae. I wondered if I were missing something, so I reread the book.  Nothing could satiate my insane curiosity. The pairing did not make sense to me.

She then read another novel that further explored Phantom/Erik in a different light: the prequel to Leroux’s novel: Phantom by Susan Kay.

I fell head-over-heels in love with Kay’s portrayal of the character, but in the last quarter of the book, Kay retells the story of when Erik meets Christine.  According to Kay, Erik had some sort of Oedipal Complex, and Christine reminded him of his mother.  No way. I couldn’t buy that excuse.”​
​Kristine sought answers in the Andrew Lloyd Webb musical Phantom of the Opera which she’s seen four times: twice on Broadway, once in Las Vegas, and the West End production in London, England. She also saw the 2009 movie Phantom of the Opera with Gerard Butler as the Phantom and Emmy Rossum as Christine Daae.

Even still, her questions were not answered and she began to wonder what would Erik’s life be like if he could experience two things: look past his own deformity to embrace his true artistic self; and fall in love with a strong woman.
​

"I wondered what would happen if Erik had a love interest who could keep up with him intellectually; one who could challenge him personally, and possibly lead him to redemption. What would happen if they were around the same age, had the same amount of life experience? What if they shared a love for art and literature? So…I created Olivia. And I decided to write a short story...”

For the ENTIRE INTERVIEW including ACCOMPANYING ARTWORK AND PHOTOGRAPHS, please click on the button below to ​visit Chris Cooper's blog.
Chris Coopers Blog Click Here 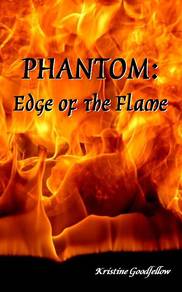