Kristine Goodfellow, Author
They say there are two sides to every story.
Sometimes, there are three. 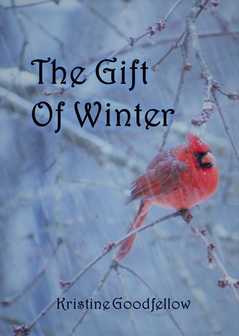 DAN: On his honeymoon, Dan had a near-fatal car crash that left him confined to a wheelchair and with an uncontrollable seizure disorder.

As he begins to recover his memory, his wife’s behavior distresses him. Katie avoids eye contact, recoils from his touch and can’t wait to leave his presence.

​Increasingly despondent, Dan begs his nurse to grant the only wish that he made on his last birthday—to die.

ROBIN: Dan's nurse, Robin, witnesses Dan’s rapid decline. With persistence and an iron-will, Dan tries to convince her to help him commit suicide. But, Robin has an iron-will of her own and an undisclosed motive to keep him fighting to survive.

KATIE: Katie fears she is responsible for her husband’s condition because only moments before the accident, she confessed a secret that would change their lives. Although Dan doesn’t seem to remember her confession, she must choose to stay and chance horrible repercussions or run away before the secret gets out and her life is destroyed.
PURCHASE HERE